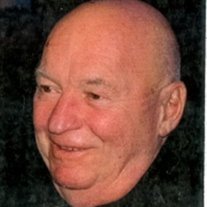 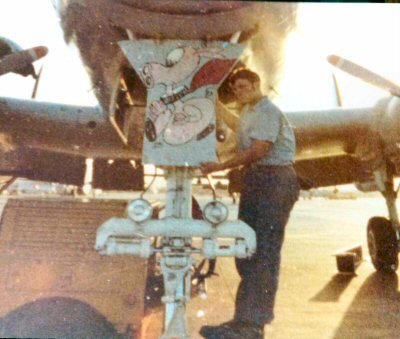 Norman enjoyed the Lockheed 654 Constellation 'Connie' aircraft, which he flew in, and worked on, while in the Navy.

Norman James Hemerick was born Nov. 16, 1951 in Watertown, MN to Ferdinand and Regina (Rose) Hemerick. He was raised in Watertown and graduated from high school there in 1969. He served in the U.S. Navy from June 1970 to Apr. 1973 as an aircraft mechanic, stationed with VW-1 in Guam. He married Deborah Aus on Feb. 24, 1973 in Watertown, they were later divorced. Norm was very mechanically talented and worked in various occupations over the years. He had been employed at Morrie's Imports, Advanced Machines, Log House Foods, Navarre Hardware, Dominium Inc., and R.S. Eden. Norm lived in Mound, MN for many years. On May 25, 1996 he married Linda Lee Sexton in Rockford, MN. The couple moved to Rochester in 2002. Linda works at Mahn Family Funeral Home - Rochester Chapel. He was a member of the Wm. T. McCoy Post #92 of the American Legion. Norm was a kind, caring, and strong willed person, who helped many people over the years, with his vast knowledge of all things. He enjoyed fishing, hunting, working on cars, woodworking, and especially enjoyed the Lockheed 654 Constellation 'Connie' aircraft, which he flew in, and worked on, while in the Navy. Norm put others needs before his own his whole life, and he would not have it any other way. This is the way he wanted it. He was a wonderful husband, father, grandfather, uncle, cousin, and brother.

The memorial service will be 11:30 a.m. Saturday, at Holy Cross Lutheran Church, 2703 9th Ave. NW, with Rev. Steven R. Schauder officiating. Friends may call from 4:00 p.m. to 7:00 p.m. Friday at Mahn Family Funeral Home - Rochester Chapel, 1624 37th Street NW, and one hour before the service at the church. A reception will be held following the memorial service. Spring interment will be in Fort Snelling National Cemetery in Minneapolis.

You were a very dear friend
you forged a friendship without end.
Always ready to lend a hand,
which has meant so much for me, and

Now the time has come,
for you to take your final rest.
Your work here is done,
you have passed the final test.

Although I have a heavy heart,
I know your journey has taken you
to a better place.
and we all know from the start
it is one we all must face.

We had good times, you and I,
yet so many questions linger,
Leaving us to wonder why.
But our faith in Him sustains us.
helping us get by.

And through all this confusion and uncertainty,
we can take comfort knowing.
we have a true friendship.
now, and for eternity.